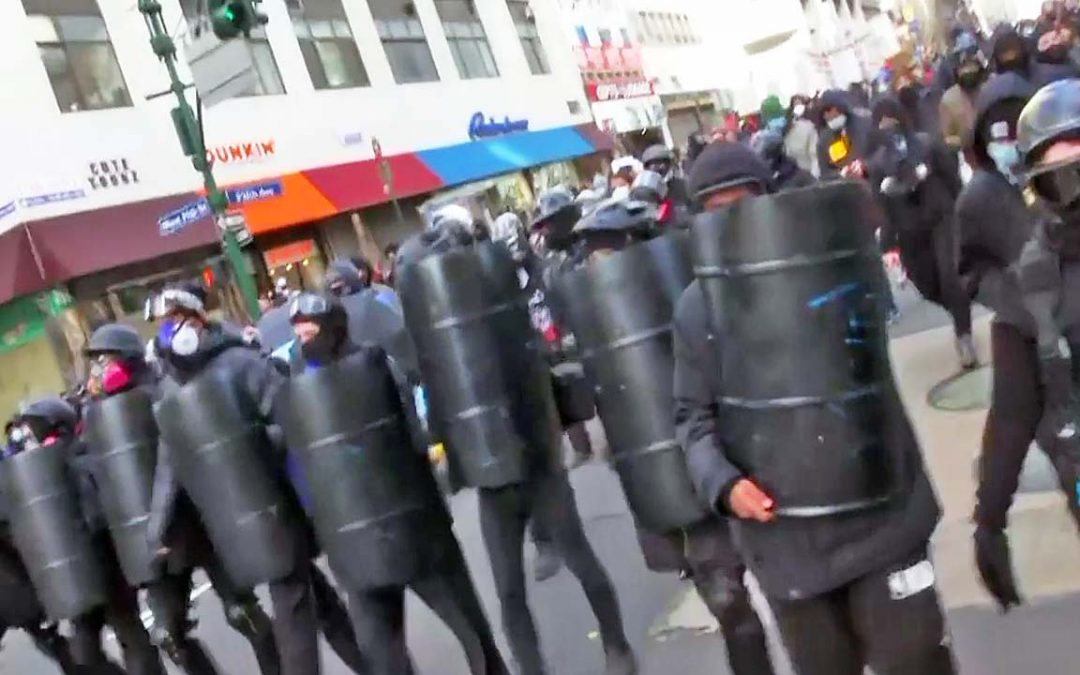 A Washington state liberal activist was convicted in a federal terrorism case on Thursday for her role in a “shunt” attack on the BNSF Railroad.

Last November, leftist activist Ellen Reiche, 28, was one of two people charged in the terrorist attack seeking to derail trains in the coastal city of Bellingham.

Reiche was convicted on Thursday for the shunt attack and is facing up to two decades in prison. Samantha Brooks, Reiche’s co-conspirator, pleaded guilty to the charges in July.

Reiche and Brooks, 24, were hit with terrorism charges for placing a “shunt” on railroad tracks right before a crude oil-shuttling train was scheduled to travel the tracks.

A shunt is a device that disrupts train signals and safety measures, including crossing guardrails, and can lead to deadly, disastrous consequences, the Post Millenial reported.

The pair were caught trespassing in surveillance video and detained by Whatcom sheriff’s deputies, who discovered the shunt in the tracks and saw that Reiche was carrying a paper bag containing gloves, a drill, magnetic adhesive, and other items that would be used to install a shunt.

The magnets in the shunt would have interfered with the signals from the system indicating an incoming train, with Assistant U.S. Attorney Sok Jiang remarking to the jury in closing arguments that the shunt “disrupted the signal system designed to stop trains from crashing into each other or crashing into cars.”

“A car driving through the intersection (near the shunt) would not have warning that a train was coming,” the U.S. attorney continued.

Since January of last year, 41 shunts have been placed on the Bellingham tracks, with the BNSF police and the FBI’s Joint Terrorism Task Force working together on the case.

According to the affidavit, claims of responsibility for the domestic terrorism attack circulated around the Antifa website itsgoingdown.org.

A post on the website encouraged further attacks to disrupt the building of the Canadian Coastal GasLink Pipeline, saying the attacks were done in solidarity with Canadian Native American tribes that are looking to “fight against colonial invasion.”

Houston Keene is a reporter for Fox News Digital. You can find him on Twitter at @HoustonKeene.