Washingtons’ William Jackson defends illegal hit on Saints’ Taysom Hill: ‘I was going for the ball’ 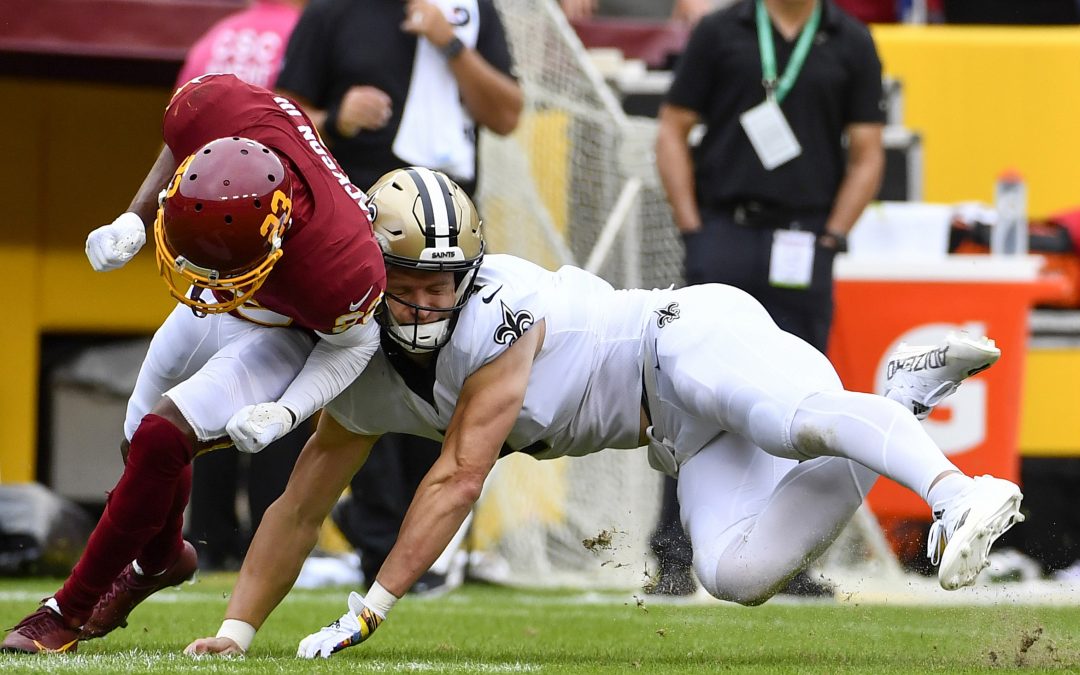 Washington cornerback Williams Jackson III stunningly avoided ejection from Sunday’s game against the New Orleans Saints after an illegal hit on Taysom Hill ruled him out with a concussion but Jackson defended himself, saying he was going for the ball.

Jackson told reporters after the game that despite the look of the helmet-to-helmet hit on Hill, his intentions were not malicious.

Social media erupted after watching the hit, many of them arguing that the five-year veteran should have been ejected from the game.

Hill, the Saints’ backup quarterback and utility player, was in the air attempting to catch a pass from Jameis Winston when Jackson took three steps towards the vulnerable hill before leaning in and making contact with his helmet.

He fell to the ground grabbing his head and was eventually ruled out with a concussion. The Saints are on a bye week and return on Oct. 25 to play the Seattle Seahawks.

The NFL announced back in August that the league would be looking closely at helmet fouls – a rule change that dates back to 2018.

In a video distributed by the league, players who are found guilty of lowering “his head to initiate and make contact with an opponent,” will be given a 15-yard penalty and could be “disqualified,” according to ProFootballTalk.

Those hits missed during a game could also be subject to further review after the fact.