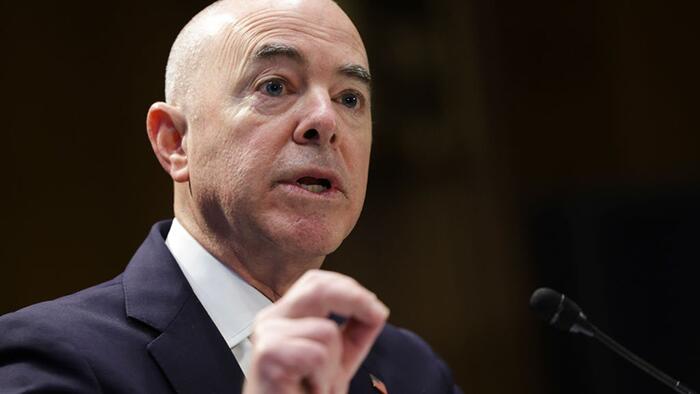 Senator Rand Paul grilled Department of Homeland Security Secretary Alejandro Mayorkas on the recently announced “disinformation governance board” Wednesday, noting that there isn’t even an agreement of what disinformation is and that the government has a long history of propagating it.

Paul questioned Mayorkas on the new board, which has been dubbed a ‘Ministry of Truth’ by critics, referencing George Orwell’s 1984.

The Senator asked the DHS head “Do you think the Steele dossier included Russian disinformation?” prompting Mayorkas to answer that he is “not equipped” to answer that.

Mayorkas responded, “Where we become involved is where there is a connectivity between disinformation and threats to the security of the homeland.”

“Well, the Russians might be considered that,” Paul fired back, adding “You mentioned that the other day when you tried to pivot away from this being about censorship.”

“Let’s say you find a piece of disinformation and CNN is broadcasting it, what are you going to do? Are you going to tell Putin, ‘you shouldn’t do this’?” Paul further questioned.

Mayorkas then attempted to divert away from Paul’s point by talking about drug cartels.

Elsewhere during the hearing, Mayorkas admitted that he was “not aware” of the batshit crazy videos that his new Ministry of Truth head Nina Jankowicz has previously posted on social media.

You can just call me the Mary Poppins of disinformation 💁🏻‍♀️ https://t.co/eGV9lpctYn pic.twitter.com/WVQFA2bPmq

As we noted earlier this week, Jankowicz has said that free speech makes her ‘shudder’ and falsely labeled the Hunter Biden laptop story ‘Russian disinformation’.

When pressed on the matter by Republican Louisiana Sen. John Kennedy, Mayorkas said “I was not aware of that,” adding “We do not discuss the internal hiring process, ultimately as the secretary, I’m responsible for the decisions of the Department of Homeland Security.”

He continued, “it is my understanding that Ms. Jankowicz is a subject matter expert in the field in which she will be working on behalf of the department.”

Jankowicz is also on video describing legitimate concerns about the teaching of Critical Race Theory in Loudoun County schools as ‘disinformation for profit’,

The full Senate hearing with Mayorkas is below: