Russia-24 has published a video from the Ministry of Defence of the Russian Federation that shows a successful test launch of a new hypersonic interceptor missile with capabilities that are so advanced; no other country has a similar weapon.

The reported launch was held at Sary Shagan testing range in Kazakhstan. A statement from the Ministry of Defense didn’t specify the name or specifications of the new missile, only indicating the weapon successfully struck test targets.

The 34-second video, initially published on Twitter by the Ministry of Defense on Tuesday, shows several angles of the hypersonic missile screaming out of the launch tube into the atmosphere.

The state-owned Russia news channel said the hypersonic missile would be used to protect Russia’s borders from incoming enemy threats.

YouTube commenters were stunned by the sheer velocity of the launch. Another user speculated that the hypersonic missile was a test for the S-500 missile system, a new surface-to-air missile/anti-ballistic missile system which could enter service by next year and replace existing S-400s. 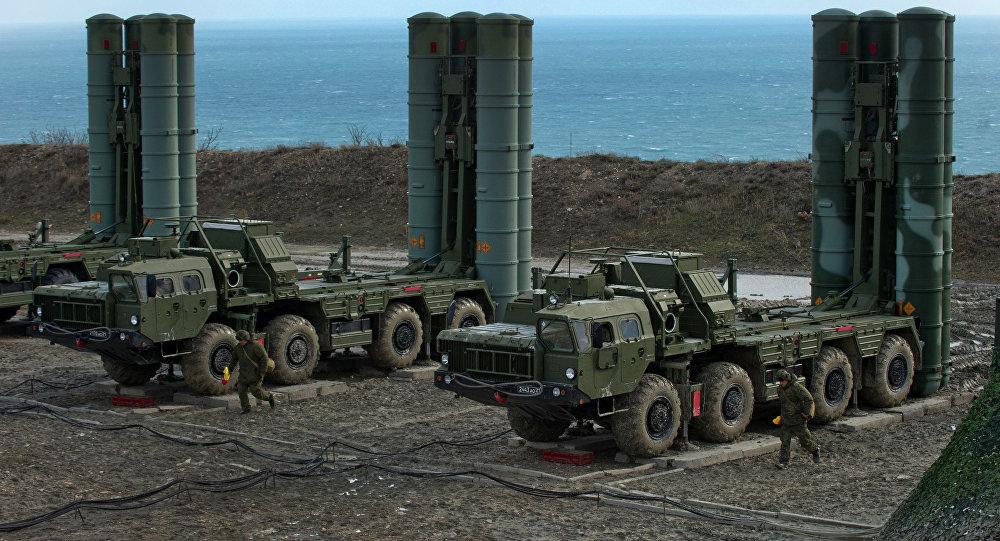 The S-500 will allow Russia to protect its borders from enemy intercontinental ballistic missiles, fifth-generation fighters, and hypersonic weapons.

The new missile is expected to travel at least five or more times the speed of sound. A rising Russia and China have been leading the hypersonic revolution in the last decade. The US was once a leader in the development of hypersonic missile technology but has since lagged.

Michael Griffin, the Pentagon’s new undersecretary of defense for research and engineering, said last year that Russia and China threaten to overtake the US with new technologies.

The department will be demanding more funding for hypersonic weapons, Griffin said, adding that the goal is to develop more superior hypersonic technologies in the early 2020s.

And Gen. Paul Selva, the vice chairman of the Joint Chiefs of Staff, also expressed last year concerns the US is falling behind:

“We have lost our technical advantage in hypersonics.”