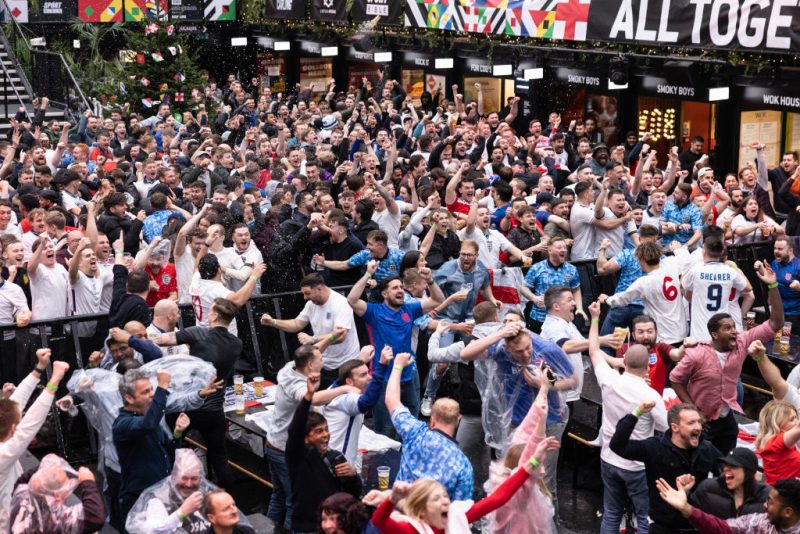 On Monday, seven European teams released a joint statement, confessing that they would not be sporting the rainbow “one love” arm bands as planned.

The move was in reaction to world soccer monopoly, FIFA, threatening to impose sporting sanctions on squads that displayed the LGBTQ+ fashion statement. The European Union spokeswoman Dana Spinant of the European Commission, dodged questions on the matter, simply saying it supports the gesture but she failed to back the same agenda abroad.

“Of course, we can’t make a statement on that,” Spinant said. “We don’t have the competence to discuss matters such as these with the teams. All we can say is that for us, it’s very important that the meaning behind the rainbow armband is recognized. It’s matters that we attach a great deal of importance to in Europe and in the world as well.”

Europe has become Squamish around the issue due to the host nation’s harsh laws concerning homosexuality.

Qatari law demands a one-to-three-year prison sentence for individuals who instigate or seduce males or females, and for those who commit illegal or immoral actions including sodomy. Same-sex incidents can land offenders in prison for up to seven years.

Under the Qur’anic Sharia Law, as accepted in Qatar, same-sex relationships are punishable by death. LGBTQ+ visitors to the country have filed complaints for being unfairly detained. There have been multiple allegations of physical abuse and sexual harassment leveled at the Gulf State’s security forces.
Some detainees have even said that they were forced to attend conversion therapy in exchange for their release.

However, U.S. Secretary of State Antony Blinken, who said America’s foreign policy will be guided by equity, has failed to address such standards on the “unifying” nature of soccer.

“But it’s an incredibly powerful way of bringing people together. And what we see is some of you talked about some of the differences and the divisions in the world,” Blinken said. “It’s just a powerful reminder of what sport brings us together across geography, across backgrounds and across groups of one kind or another.”

The U.S. Men’s National Team was able to bring some of their “woke messaging” to Qatari soil, as their training facility features a One Nation pride mural. However, their virtue signaling was no match for Sharia Law, as the team did not display any LGBTQ+ insignias in its opening match against Wales.

LGBTQ+ rights are not the only hot button issue when it comes to Qatar. The country’s male guardianship Law requires women to obtain male approval for most major life decisions. The Gulf State also seized the passports of thousands of migrant workers in order to entrap them to build the World Cup stadiums. The project claimed thousands of lives.

Despite the west’s elevation of women, LGBTQ+ and overall human rights, FIFA President Gianni Infantino says it is Europe that should hide its head in shame.

“I think for what we have been doing for 3,000 years around the world, we should be apologizing for the next 3,000 years before starting to give moral lessons to people,” Infantino said.

Qatar outlawed the sale of alcoholic beverages at World Cup stadiums two days before the opening ceremony, leading Ecuador fans to chant “we want beer” in their two-to-zero humiliation defeat of the host country.