What a shot! New vaccination law jabbed as threat to parental rights 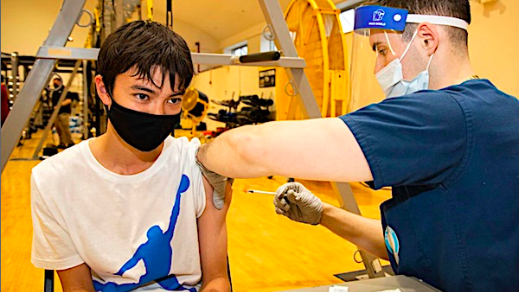 The Parental Rights Foundation has announced it has filed a lawsuit over a new law that appears to undermine parental rights in the District of Columbia.

At issue, the foundation confirmed, is an effort to establish a procedure in the district to give vaccinations to children without parental consent.

The law is the Minor Consent to Vaccination Act of 2020, which “circumvents the legal and constitutional rights of parents to make medical decisions for their minor children.”

“The Supreme Court settled long ago that parents, not government officials, have the authority to make informed medical decisions for their children,” explained Jim Mason, president of the Parental Rights Foundation and lead counsel on the suit. “This law is a poorly disguised end-around to circumvent that right and give the district the outcome it wants, even over parental objection.”

The complaint charges that the district won’t even bother to notify parents when their parental rights have been ended. The law prohibits the vaccine provider and the insurance carrier “from informing the parent of their child’s vaccination status, leaving the parent to assume (or hope) their opt-out decision is still being enforced. Even the family’s primary care physician will not receive word of a vaccination received outside their office,” the organization confirmed.

The law was adopted by the district council on a 10-3 vote late last year, and allowed to pass into law by Mayor Muriel Bowser.

It would let medical providers give vaccines to any child 11 years old or older if the medical provider decides the child is mature enough to provide informed consent and if the vaccine is on the list of vaccines recommended by the United States Advisory Committee on Immunization Practices.

The foundation explained its complaint charges that violates the fundamental liberty interest of parents in the welfare of their child as protected under the Fifth Amendment’s Due Process Clause.

“It also violates federal law, including the National Childhood Vaccine Injury and Compensation Act of 1986 and the Religious Freedom Restoration Act of 1993,” it charges.

“Under DC law the government gives parents the right to opt out on the one hand, and then sets up children to be pressured into surrendering that right on the other, with neither the parent nor the family’s physician being any the wiser,” Mason said, in a statement regarding the legal fight. “Sneaking behind the back of fit and loving parents will put DC’s children at risk.”