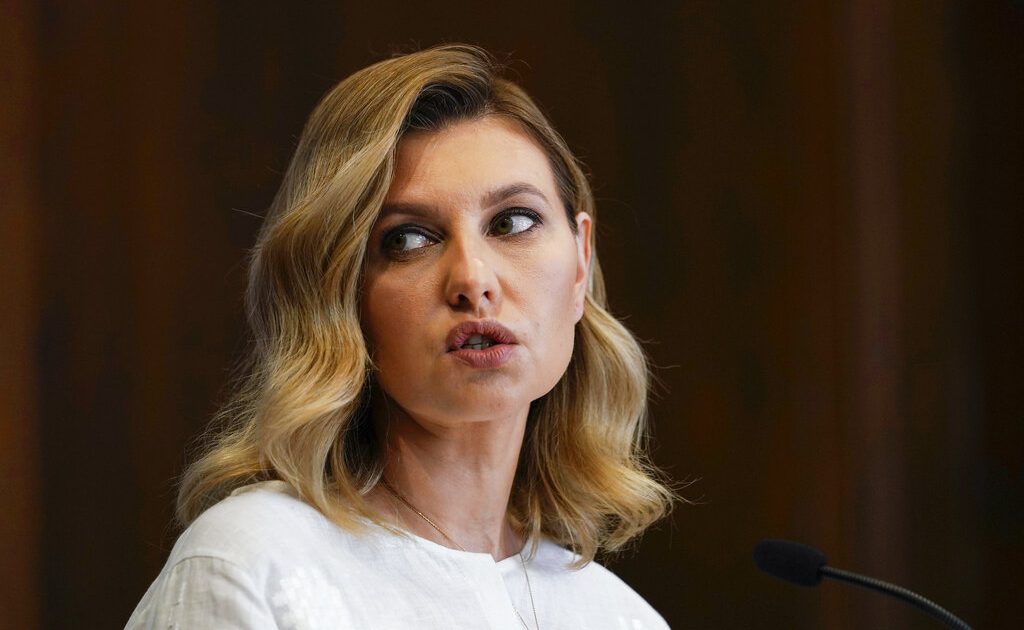 Olena Zelenska, spouse of Ukrainian’s President Volodymyr Zelenskyy, speaks after accepting the Dissident Human Rights Award on behalf of the people of Ukraine for their brave fight against Russia at the Victims of Communism Museum in Washington, Tuesday, July 19, 2022. (AP Photo/Carolyn Kaster)

The White House hosted Ukrainian First Lady Olena Zelenska at the State Department. US Secretary of State Antony Blinken met with Zelenska on Monday amid a series of high-profile appearances in D.C.

Blinken offered support for the First Lady’s mental health initiatives, while adding the US is dedicated to helping Ukrainian civilians rebuild and recover. The State Department went on to reaffirm the US’ commitment to Ukraine in continuing to provide economic and humanitarian assistance to the nation.

“This really was an opportunity for the secretary to underscore the United States comprehensive and enduring commitment to the people of Ukraine,” said State Department spokesman Ned Price. “He had an opportunity to commend the First Lady’s work to support the many civilians, Ukrainian civilians, who have been in different ways impacted by this brutal war against Ukraine.”

Met today with Ukraine’s First Lady Olena Zelenska to discuss the immense humanitarian costs of President Putin’s war. The United States remains committed to helping the people of Ukraine defend themselves from Russia, secure justice, and rebuild their country. pic.twitter.com/r4XuTKHPP7

Separately, Blinken touted the Intelligence Community’s role in giving Ukraine the upper hand in its war with Russia. While speaking to staffers at the Office of the Director of National Intelligence on Monday, he touted the DNI’s efforts to collect and inform lawmakers about Russia’s movements.

The secretary also claimed the DNI sounded the alarm on Russia’s attacks in the weeks preceding the event, allowing the Biden administration to build a case for why the west should rally against the Kremlin.

“It is really one of the moments that I take the greatest satisfaction in and that I hope you take the greatest pride, because we spent, as you all know very well, many months as we saw the mounting potential for Russian aggression against Ukraine,” Blinken stated. “Trying to build the strongest possible collaboration and coalition of countries, both to make sure that support for Ukraine would be there if Russia followed through on the aggression.”

He went on to say researchers will be studying the Intelligence Community’s efforts during the Ukraine crisis for years to come. Meanwhile, Zelenska held her second in-person meeting with First Lady Jill Biden on Tuesday and she is set to address members of Congress at the US Capitol on Wednesday.