Pharmacist Michael Witte opens a package taken from a freezer that contains the potential vaccine for COVID-19, the disease caused by the new coronavirus, on the first day of a first-stage safety study clinical trial of the vaccine, Monday, March 16, 2020, at the Kaiser Permanente Washington Health Research Institute in Seattle. (AP Photo/Ted S. Warren)

The World Health Organization (WHO) has announced a new drug trial aimed at combating the coronavirus outbreak. According to the organization’s director general, the “historic” trial has enrolled its first patients in Spain and Norway.

The trial will test four drugs to fight COVID-19, including the malaria medication chloroquine and a combination of HIV drugs.

“Today, we are delighted to announce that in Norway and Spain, the first patients will shortly be enrolled in the Solidarity Trial, which will compare the safety and effectiveness of four different drugs or drug combinations against COVID-19,” stated Dr. Tedros Adhanom Ghebreyesus.

The director general noted more than 100,000 people around the world have recovered from the virus. He added that no country can fight alone.

“We can only fight together, ignite the industrial might and innovation of the G20, to produce and distribute the tools needed to save lives,” said Ghebreyesus.

He also called the “global shortage of personal protective equipment” one of the most urgent threats to the ability to save lives.

The WHO has already shipped around 2 million pieces of gear to 74 countries. 60 more countries are expected to receive shipments in the near future.

.@WHO has shipped 2M items of protective gear to 74 countries which need it the most & we’re preparing to send a similar amount to 60 additional countries. Even more is needed & this can only be solved with intl. cooperation & solidarity. #COVID19https://t.co/bWbgk8NDFk 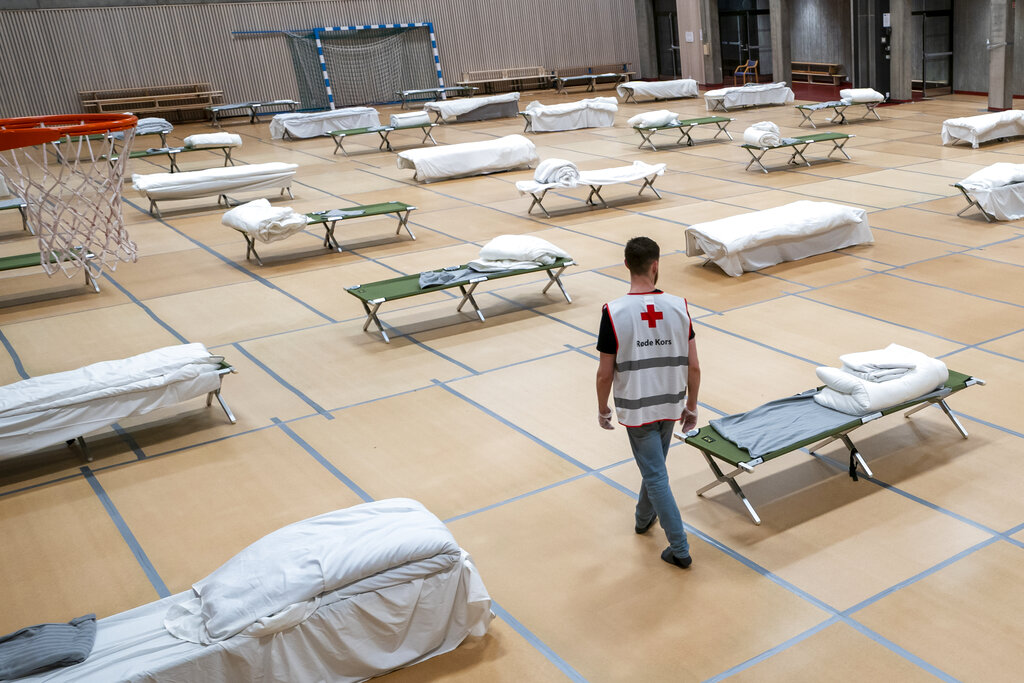 A Red Cross volunteer looks at beds set up for homeless people in the gymnasium of Uranienborg school, which is closed due to the corona eruption, in Oslo, Thursday, March 26, 2020. (Heiko Junge/NTB Scanpix via AP)

Meanwhile, New York has begun testing three anti-malarial drugs in hopes of finding a treatment. According to new reports, the state is moving at lightning speed to test these drugs.

Health officials have said the trials would normally be conducted for at least six months. However, this study will take just three or four days.

One group of patients being tested will be give a combination of two drugs that were proven successful by a controversial study in France. President Trump recently touted the malaria drug, saying it showed early and encouraging results.

A great early result from a drug that will start tomorrow in New York and other places! #COVIDー19 https://t.co/4F4Qk4WFtK

WATCH: On The Hunt For COVID-19 Therapy