Will Your State Reject The Fed’s Digital Dollar? 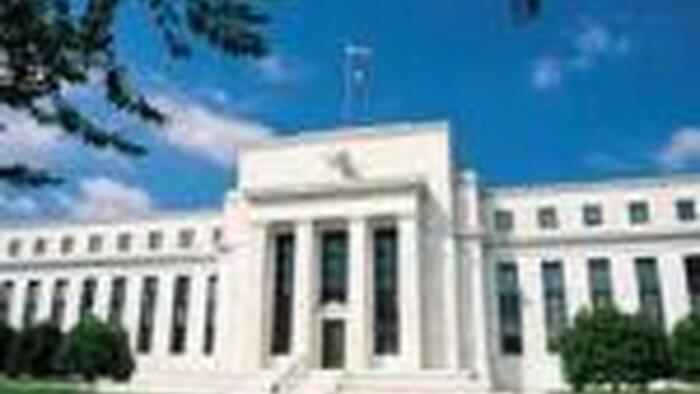 Authored by MN Gordon via EconomicPrism.com,

Personal and political freedoms are inseparable from economic freedom.  To this end, economic freedom is contingent upon an economy that transacts using honest money that’s free from coercion.

Volumes have been written on America’s experience with money of varying veracity.  Here we’ll touch on a few key events.

Article I, Section 8, of the U.S. Constitution empowers Congress to coin money and regulate its value thereof.  Article I, Section 10, specifies that no state shall make anything but gold and silver coin a tender in payments of debts.

In this regard, the current U.S. dollar, a Federal Reserve Note, is illegal money.  It is issued by the Federal Reserve – not Congress – in direct violation of the U.S. Constitution.  Moreover, when states collect tax dollars that are devoid of gold or silver coin, they violate the Constitution.

Economic freedom has been greatly undermined by Washington over the years.  Executive Order 6102 of 1933, for example, forced all American citizens to turn in gold coins and bars.  Gold ownership in the United States, with some small limitations, was illegal for the next 40 years.

Economic freedom was again undermined when President Nixon “temporarily” suspended the convertibility of the dollar into gold in 1971.  This action removed any remaining protection workers and savers had against their hard-earned dollars being inflated away.

But now, as the year 2022 nears its close, another extremely destructive event approaches…

Over the last 110 years economic freedom in the United States, as in the world, has been in decline.  Through a continuing process of debasement, the Fed has inflated away 96 percent of the dollar’s value.

Yet over this time, the paper dollar did preserve some modicum of economic freedom.  Payments in cash provide some level of privacy in what you’re buying and selling.  Specifically, the government is unable to readily trace and monitor transactions conducted using cash.

This soon may change…

Have you ever heard of something called the New York Innovation Center?  On November 15, the Federal Reserve Bank of New York published a very important press release.  Here’s a key excerpt:

“The Federal Reserve Bank of New York today announced that its New York Innovation Center (NYIC) will participate in a proof-of-concept project to explore the feasibility of an interoperable network of central bank wholesale digital money and commercial bank digital money operating on a shared multi-entity distributed ledger.

“This U.S. proof-of-concept project is experimenting with the concept of a regulated liability network.  It will test the technical feasibility, legal viability, and business applicability of distributed ledger technology to settle the liabilities of regulated financial institutions through the transfer of central bank liabilities.”

This, without question, marks a significant step in the Fed’s efforts to rollout a Central Bank Digital Currency (CBDC).  The project, as we understand it, will inform how the Fed intends to work with actual banks to introduce a digital dollar.  This digital dollar would ultimately replace the paper dollar and would eliminate the privacy of cash payments.

David Haggith, publisher and editor-in-chief of The Great Recession Blog, has been closely covering the rapidly approaching advent of CBDCs and digital dollars for several years.  Haggith recently offered the following perspective as to the significance of what’s at stake:

“We’re on the brink of a dramatic change where we’re about to — and I’ll say this boldly — we’re about to abandon the traditional system of money, and accounting, and introduce a new one….  The new accounting is what we call ‘blockchain.’  It means digital.  It means having an almost perfect record of every single transaction that happens in the economy, which will give us far greater clarity over what’s going on…. It also raises huge dangers in terms of the balance of power between states and citizens.”

We know from the executive order released by the Biden administration on March 9, which required several federal agencies to study digital currencies and to identify ways to regulate them, that CBDCs and other policies governing digital assets must mitigate “climate change and pollution” and promote “financial inclusion and equity.”

What does this mean, exactly?

Will Your State Reject the Fed’s Digital Dollar?

U.S. government debt is now over $31 trillion.  Tack on unfunded liabilities like social security, Medicare, federal debt held by the public, and federal employee and veterans’ benefits, and the government debt number jumps to over $172 trillion.

What’s more, trillion-dollar deficits year after year imply that the government is borrowing money to pay the interest on the debt.  At this point, there really is no honest way for Washington to ever repay all this debt.

The tracking features of CBDCs are very appealing to central planners and government control freaks.  But we believe what’s compelling the urgency of a Fed issued digital dollar is the elaborate cover its rollout will provide.  The introduction of a digital dollar can and will be used as a means to obscure an outright default.

Your account may get credited with digital dollars at rollout.  However, these new digital dollars will come at a price.  We’re not entirely clear on what that is.  But we think it’ll involve a loss of value that’s proportional to the insane levels of debt that Washington’s on the hook for.

In short, this is a last-ditch effort by Washington to mask a government default.  If you don’t own any physical gold and silver yet…, what are you waiting for?  Don’t overcomplicate things.  Go to your local coin shop and pick up a few coins today.

Meanwhile, as the NYIC figures out just how to go about introducing the digital dollar, some states are figuring things out too.  In fact, certain states may not be too keen on a Fed issued – traceable and programmable – digital dollar.

Utah, Nevada, Wyoming, and New Hampshire are already issuing “gold-backs.”  These are privately issued notes that contain actual gold.  They are accepted in these states under their respective legal tender laws, which provides for the adoption of gold and silver as legal tender by the state.

Here in the Volunteer State, Tennessee State Senator Frank Niceley has some ideas too.  He recently chatted with former U.S. Assistant Secretary of Housing and Urban Development, Catherine Ausin Fitts, about the strengths and benefits of a Sovereign State Bank modeled on North Dakota.

Niceley’s intent for a Tennessee Sovereign State Bank is to also include a state bullion depository and provide local banks and credit unions support to counter the threat of a Fed issued digital dollar.

There’s a lot to be worked out, of course.  Nonetheless, it’s about time state and local jurisdictions stood up to Washington and the Fed.  Developing gold-based local alternatives to the Fed’s digital dollar is a start.

Your economic, personal, and political freedoms depend on it.

The window to protect your wealth and financial privacy is closing.  And it’s closing quick.  I don’t like it one bit.  But I’m not going to stand around powerless as Washington’s control freak sociopaths destroy everything I’ve worked so hard for.  For this reason, I’ve dedicated the past 6-months to researching and identifying simple, practical steps everyday Americans can take to protect their wealth and financial privacy.  The findings of my work are documented in the Financial First Aid Kit.  If you’d like to find out more about this important and unique publication, and how to acquire a copy, stop by here today!