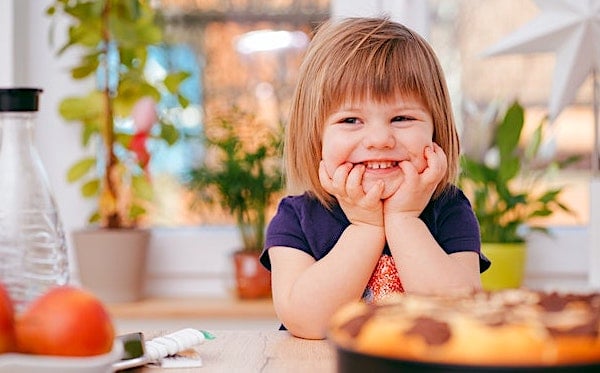 Of all the shared values Americans have held sacred over the centuries, one of the most important has been the conviction that our children are precious, innocent, literally a gift from God, to be cherished and protected – at all costs.

Why then, in today’s America, are so many adults destroying children in a dizzying variety of ways – from aborting them right up to the very moment of birth, to killing them after they’re born, to sexualizing them virtually from birth (Harvard now teaches a course on infants who are “LGBTQIA+,” “queer” or “asexual”), to injecting them with an experimental “vaccine” PROVEN to be both ineffective and dangerous, to transporting 2- and 3-year-olds to “drag queen story hour” events glorifying mentally ill, demonically possessed men dressed as women (some with criminal histories of child sexual abuse) who indoctrinate America’s next generation with fantastical stories about heroic LGBT characters?

And that’s just the abuse heaped on infants and toddlers.

As they grow older, America’s children are systematically sexualized in government (“public”) school classrooms and after-school LGBT “support clubs,” as well as by the ubiquitous, purple-haired, heavily pierced transgender recruiters on social media platforms like TikTok. As a direct consequence, many children are seduced into “identifying” as the opposite gender, or a brand-new imaginary gender. And although too young to drive or vote, they are encouraged, convinced – and permitted by grownups – to take powerful drugs and hormones, and to have their healthy breasts amputated or undergo chemical or surgical castration. The resulting teen transgender suicide rate is “shockingly high.”

As if the rampant sexual abuse were not enough, alongside it are countless other daily school-based assaults on America’s youth: Children are indoctrinated with toxic Marxist ideologies like “critical race theory,” intended to condition them to hate and reject their own country, their parents, their faith, their race, their gender and themselves. At the same time, they’re being intentionally scared to death by being fed lurid, terrifying – and utterly groundless – apocalyptic tales of the imminent destruction of the world due to global warming.

And of course, things just get worse once the kids go off to college, undoubtedly the most deranged and toxic places in the country, where young people are indoctrinated assembly-line style with Marxist ideology, intimidated into adopting perverse “woke” sensibilities and effortlessly drawn into immoral and hopeless lifestyles.

As a result of these and still other assaults on America’s young people  (for example, during the COVID hysteria, forcing them to wear useless and ineffective masks even outside while competing in sporting events, causing some kids to collapse from oxygen deprivation), youth suicides have skyrocketed, as have depression, anxiety and many other mental and emotional problems. Even violent crime at an early age, something virtually unheard-of in previous eras, is becoming an increasing reality, as reflected in recent headlines, including “6-year-old student in custody after allegedly shooting his elementary school teacher in Virginia” and “12-year-old Oklahoma girl accused of stabbing her 9-year-old brother to death.”

Meanwhile, the synthetic opioid fentanyl, the No. 1 cause of death of younger Americans 18 to 45, destroys thousands of children annually. In fact, recently – making its first appearance just prior to Halloween – it has been disguised as candy (so-called “rainbow fentanyl”) so as to destroy as many kids as possible. The fentanyl crisis is largely a direct result of the Biden administration’s intentional and perverse demolition of border enforcement, essentially handing over the U.S.-Mexico border region to the terroristic Mexican drug cartels, who in turn profit massively from trafficking China-sourced fentanyl and other illicit drugs into the U.S.

This multi-front war is intended ultimately to convert America’s next generation into a frightened, corrupted, ideologically brainwashed and therefore obedient – but spiritually dead – version of the bright and moral people they were created to be. And make no mistake, the harm being done to children in this war is neither accidental nor collateral: Children are the primary target.

How can all this be happening in the greatest nation on earth? Who and what is behind it? And how can it be stopped? Let’s start by clearly identifying the real adversary.

Cryptically referred to as “the left” – code words for a godless revolutionary worldview steeped in pathological anger, perpetual discontent and churning rebellion against America as a uniquely blessed Christian country – this is a movement forever at war. But not, as it claims, at war with “racism,” “inequity,” “white supremacy” or “fascism.” Nor, on the other hand, is leftists’ ultimate enemy really America’s children whom they are rapidly corrupting and destroying, nor even is it the reviled conservatives and Christians they daily slander as “violent extremists” and “domestic terrorists.” No, their REAL war is with God – with Truth, Reality, science, biology, human nature, history, and the most basic laws of economics. They literally cannot tolerate the truth that exposes them for what they are, which is why they are so obsessed today with censoring and discrediting truth as “misinformation,” “Russian disinformation,” “fake news” and “conspiracy theories.”

That explains, for example, why decent, loving parents standing up to deranged school-board members, simply speaking obvious and uncontroversial truths, could be equated with “domestic terrorists” by the Biden Justice Department, a stunning 180-degree inversion of reality.

Still, the question at hand is why this godless movement so relentlessly and tragically focuses its deadliest fire on children?

At their very core, radical leftists are threatened by the innocence, joy and spiritual brightness that shines in uncorrupted children – qualities they themselves have lost. They are likewise fearful of what those young people will become if allowed to grow up and mature in a normal, healthy, God-honoring way, protected and nurtured by moral and decent parents.

Remember, the far left exists in a state of mass delusion rooted in all-out rebellion against God and His laws. The left literally violates all of the Ten Commandments every single day – not accidentally, but purposefully, since the core dynamic of the left’s operating system entirely depends upon violating God’s laws. Therefore, they create false gods to worship (though some vainly pretend to venerate the true God), they specifically teach children not to honor their parents, they kill innocent babies, they steal citizens’ wealth, they encourage and revel in sexual immorality, and they “bear false witness” (lie) nonstop against good people. And underlying it all, they covet all that is not rightfully theirs. Winston Churchill insightfully characterized this false religion by dubbing socialism “the gospel of envy.”

Because of this total moral inversion, the left’s worst nightmare is a nation of kids raised learning about God and Jesus Christ, about the Ten Commandments and the Sermon on the Mount, about the Golden Rule and about sexual morality, about righteousness and virtue. Radical leftists hate all of that with a blinding hatred, since Christian virtue represents an existential threat to the revolutionary Marxist left.

In fact, to demonstrate that Marxism has always felt compelled to destroy children – primarily by obliterating the nuclear family – consider what Vladimir Lenin did right off the bat when trying to facilitate Russia’s new communist system: He torched the family, which comprises an alternate system of values and loyalties to that of communism, which has always regarded the functional nuclear family as some sort of dangerous, illegitimate mini-cult as it represents a mortal threat to their rule.

Here’s how celebrated Soviet dissident, historian and author Mikhail Heller, in his book “Cogs in the Wheel: The Formation of Soviet Man,” explains what Lenin did:

It is significant to note that one of the first things V.I. Lenin did when he came to power in the Soviet Union, after the revolution in 1917, was to have passed what amounts to our no-fault divorce statutes.

Lenin, and later Stalin, determined that in order to maintain control of the people it would be necessary to completely destroy the family and restructure it.

Thus, on September 16, 1918, a law was passed whereby one could obtain a divorce by simply mailing or delivering a postcard to the local register without the necessity of even notifying the spouse being divorced.

This statute, along with the communist encouragement of sexual immorality during marriage, approval of abortion, and forcing women out of the home into the workforce, accomplished its purpose of destroying the Russian family.

Sound familiar? Encouraging sexual immorality, pushing abortion and forcing women out of the home and into “the workforce” have been key ways the Marxist left has undermined the American family since the 1960s.

In the end, there is only one thing that can neutralize and overcome the dark spiritual forces animating the left in its maniacal revolutionary campaign to “fundamentally transform America”: The light of genuine Christian virtue has to once again shine brightly in Americans and their families – that’s where the real counterrevolution starts. Of course, it will offend the predators, groomers, corrupters and indoctrinators, and their defenders and promoters in politics, big media, big tech and big business, who are mysteriously repelled by genuine goodness.

But it will save America’s children – and America.

Christians simply have to find the inner strength and grace to be what they truly are – loved children of God, who are loyal to, and servants of, the Most High, willing to speak the truth and stand up for it, come what may. With love. With passion. But not with hate and violence – since that’s exactly what those on the radical left want, indeed it’s what they crave, as they would seize on any violence to condemn all conservatives and Christians as “domestic terrorists,” “violent extremists” and “ultra MAGA insurrectionists.”

Remember, Jesus Christ did not come to lead an outward revolution. He started an inner revolution, one that has never stopped, but continues to this day. We’re called to help it continue.

You never know. God just might reward us by giving us our country back, as scripture famously promises in 2 Chronicles 7:14: “If my people, which are called by my name, shall humble themselves, and pray, and seek my face, and turn from their wicked ways; then will I hear from heaven, and will forgive their sin, and will heal their land.”

But what if America is too far gone? That’s possible. What if, as many pastors and others now believe, America as a nation is “under God’s judgment”?

We can still live unto God, and cherish and protect our kids and grandkids – at all costs.

A great place to start would be to take them out of the increasingly appalling public education system entirely and either homeschool them or find a worthy private Christian school.