In this Sunday, Dec. 1, 2019 photo, a family walks up Front Street during a snow storm in Worcester, Mass. (Christine Peterson/Worcester Telegram & Gazette via AP)

The winter storm already bringing heavy snow and winds to the Midwest is expected to move east. States like South Dakota and Minnesota are taking precautions and closing highways as ice build-up has already led to several small car accidents.

Conditions were so rough at Buffalo Niagara International Airport that a plane slid off the runway. Some airlines are even waiving cancellation fees for flights around the country.

OK Northeast, this storm isn’t exactly “sneaky”, but it is the first major snowfall of the season for much of the urban corridor. Take it easy on those roads today if you have to be out and about!https://t.co/3Z7E9XhjxD pic.twitter.com/IcZoRQTGKJ

States in the west are also expected to be affected by the snowfall as Wyoming and Colorado face back-to-back snow storms. The National Weather Service warned that conditions are likely to worsen throughout the week.

“We’ve got warnings issued all the way from Colorado and Wyoming through Minnesota up to Upper Michigan, and for heavy snow and strong winds,” explained Todd Krause of the National Weather Service. “So, we’re looking at 8 to 12 inches of snow, winds maybe gusting to 30-40 mph — it’s going to be bad.”

Highway Patrol is asking for drivers to be mindful of road workers and snow plows as they clear the streets, and to clear their windshields properly as windows freeze over. Snowy conditions are expected to clear in the Midwest by the end of next week, but cool temperatures will remain. 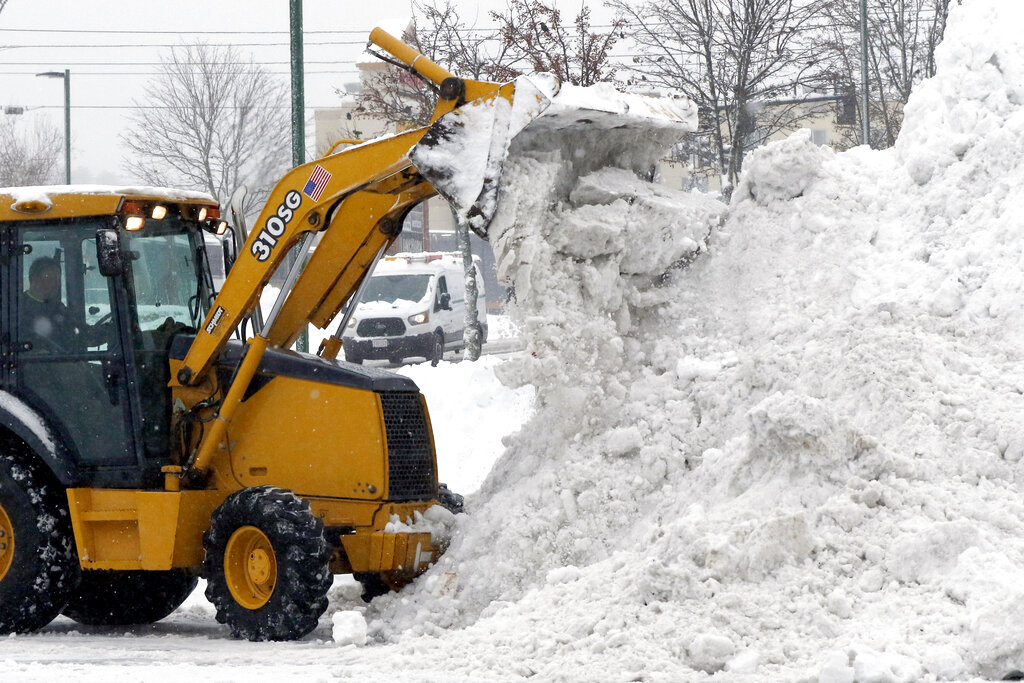 OTHER NEWS: 4 Dead In Apparent Triple-Murder Suicide In Minnesota