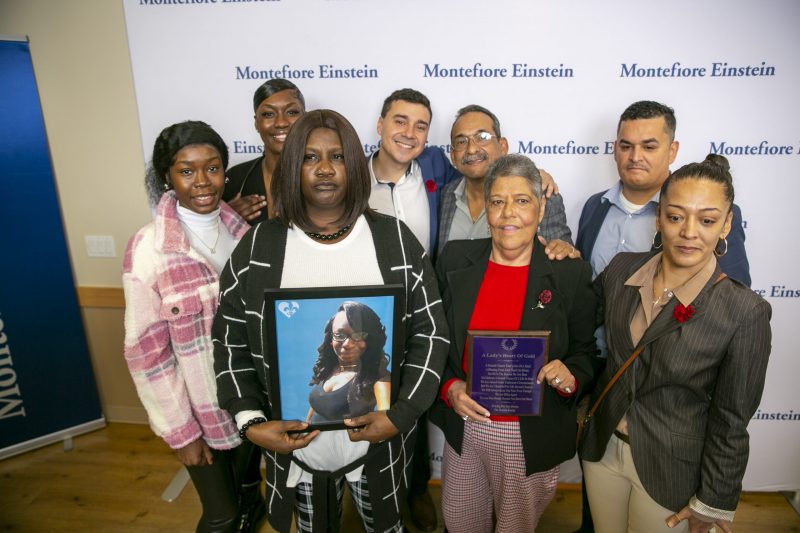 On Tuesday, 62-year-old Miriam Nieves met the donor’s family for the first time since the transplant took place at Montefiore Medical Center. Doctors successfully performed the heart transplant at the hospital located in the Bronx earlier this year in April.

The donor was 30-year-old Brittany Newton who died of a brain aneurysm according to medical records. Prior to her death, Newton was working as a certified nurse. She was a registered organ donor.

Nieves, the recipient, was left HIV positive after beating a heroin addiction over 30 years go. She required a transplant after experiencing heart failure due to issues with her kidneys.

“The only words that comes [to mind] this thanksgiving for me is that I am so thankful and so grateful for science, for my family and for my God,” Nieves said. “I can’t express enough that if it wasn’t for the donors, they are my angles because they are the one that allow me the second opportunity.”

Newton was determined to be HIV-positive after her death. Her positive result made her a prime candidate for the transplant. Her sister, Breanne Newton, expressed happiness after the transplant, saying she feels as if Newton is living on through Nieves.

“Knowing that my sister is not her physically, but you know, we actually met someone that has her heart,” she said. “So, I’m just very thankful. I feel like I can speak for all of us, we are very thankful to know that she’s still here.”

Since 2013, HIV patients have had the ability to donate their organs to HIV positive individuals.

According to John’s Hopkins University there are around 122,000 people on the organ transplant list. However, there are not enough organs to take care of everyone who is in need of a transplant. Dr. Vagish Hemmige reiterated that during a statement on Tuesday.

“The reality is there are more people that need hearts than there are hearts available,” he said. “Our HIV heart transplant program enables people living with HIV to receive lifesaving transplants from donors that otherwise wouldn’t be used. Not because those hearts wouldn’t save lives but because this lifesaving gift couldn’t be used because of the donor testing positive for HIV.”

Over 3,800 heart transplants were conducted last year, but less than 50 HIV positive patients were given an organ donation from a non HIV positive donor.

In the meantime, both families have urged people to become registered organ donors to help others in need of a transplant.