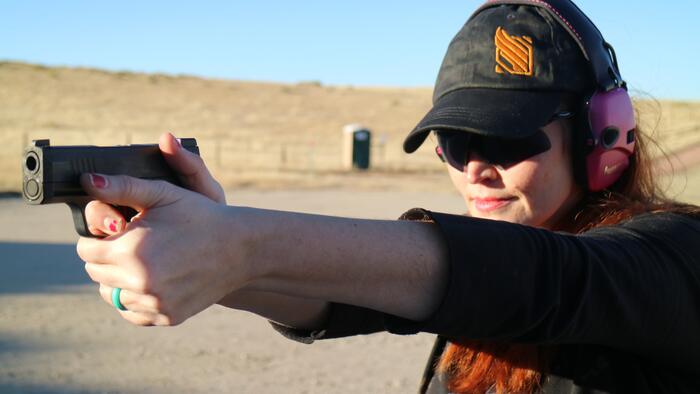 The last couple of years has pushed many on-the-fence people from owning zero guns to at least own one gun. Whether it’s out of a newfound enjoyment for shooting sports or for personal protection, people just seem to be wising up to the benefits of being a firearms owner. Of those new gun owners, women now make up the largest group accounting for nearly half of new gun owners over the last five years.

According to a recent study conducted by Harvard University, women now make up 42% of new gun owners accounting for nearly half of all new gun owners over the past 5-years. This number is up 14% from that same span of time and 3.5 million women joined the ranks of new gun owners between January 2019 and April 2021. An NSSF survey partially backs up this claim by the Harvard study by stating that 1/3rd of 2021’s new gun owners were women.

Keen observers of the firearms industry might have also noticed a distinct shift in the way that firearms companies are producing marketing material with many new products like the recent release of the PDP F Series being specifically marketed towards female shooters. Shooting organizations like “Shoot like a Girl” have also cropped up featuring female firearms instructors whose aim is to bring more women into shooting sports and provide them with a more comfortable environment to train in.

In the study conducted by Harvard University, one-quarter of the women surveyed said self-defense was the main reason they wanted to purchase a firearm for the first time with many citing the uptick in civil unrest and reduction of law enforcement assets during the summer of 2020. Another reason cited by many women as to why they’ve armed themselves is that many of them are now living alone and feel more comfortable having a firearm in the home for self-defense.

Regardless of what is spurring this increase in gun ownership amongst women, I think this is a net positive for the firearms industry as a whole and the women that the industry is trying to serve. Let us know if the ladies that you know are taking on an increased interest in firearms and what they are saying as to how or why they’re getting into firearms.