“You Sold us Out to Globalism – What do we do with Traitors in Canada? We used to Hang them!” 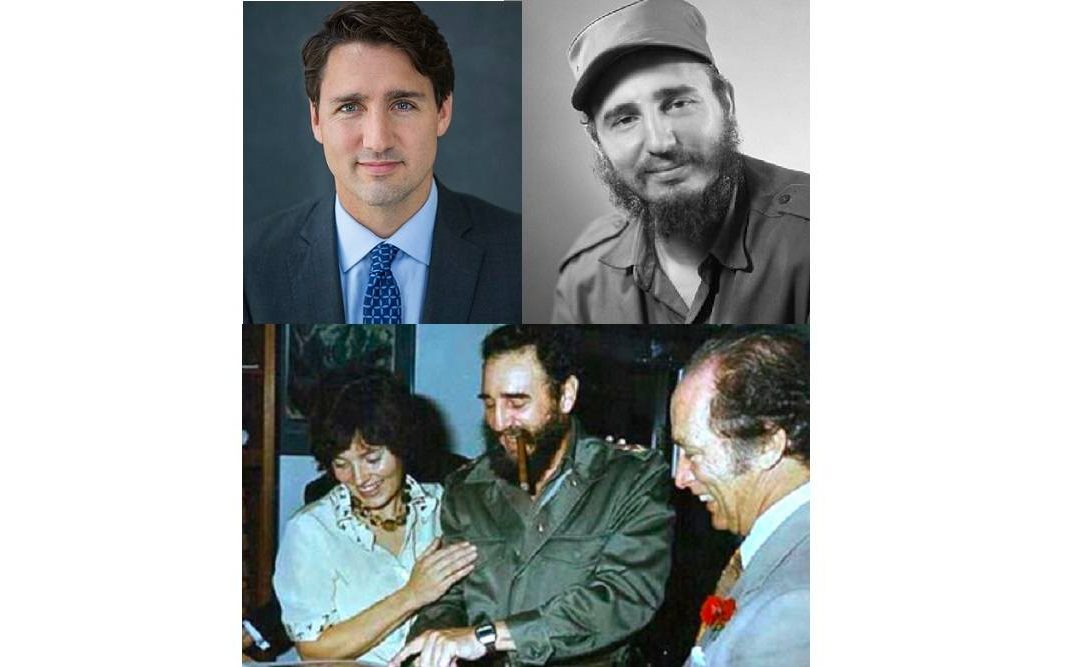 A video clip from a video taken in Canada at a public forum has surfaced where a woman in the audience addresses Canadian Prime Minister Justin Trudeau and says:

I wonder how much they are paying you to betray Canada?

What do we do with traitors in Canada Mr. Trudeau?

We used to hang them. Hang them for treason.

This is on our Bitchute channel, and also on our Telegram channel.

It has been rumored for quite some time now that Justin Trudeau is actually the bastard son of Fidel Castro. A suicide note left by Fidel Castro’s eldest son, Fidel Castro Diaz-Balart, allegedly confirmed this.

There are photographs (see above) comparing Justin Trudeau with a young Fidel Castro, and evidence that Justin Trudeau’s mother, Margaret Trudeau, was in Havana, Cuba, nine months before Justin was born. (Source.) (Note: Since publication, this source is now coming up with a security warning. Here is another one, and another one.)

It is encouraging to see citizens begin to speak out against the tyrants and Globalists that have caused so much death and destruction.

But speaking out is not enough to stop them.

As I have written previously, public executions may be necessary, and this does NOT have to happen through vigilantism. There is legal precedent in the U.S. of speedy trials and speedy executions conducted against murderers at the County level. See:

As International Trials Begin Against the Globalists Will a Return to Public Executions be Necessary?

If what this woman said is correct, it appears there is some legal precedent for this in Canada as well.

We need to keep naming the murderers in public like this. I guarantee you it strikes fear into their hearts. We must not fear them!

Only let your manner of life be worthy of the gospel of Christ… standing firm in one spirit, with one mind striving side by side for the faith of the gospel, and not frightened in anything by your opponents. This is a clear sign to them of their destruction, but of your salvation, and that from God. (Philippians 1:27-28)

The End is Near! Stand Firm!

To “Save” America will the Foundation of the Corporate American Christian Church Need to be Destroyed?

If our website is seized and shut down, find us on Minds.com, MeWe, and Telegram, as well as Bitchute for further instructions about where to find us.