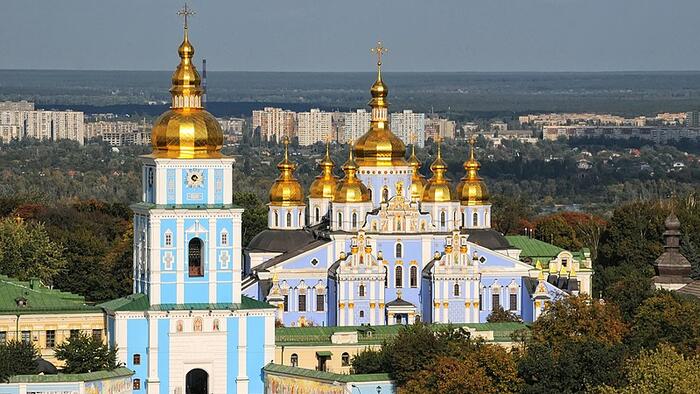 Authored by by Kyle Anzalone via The Libertarian Institute,

Ukrainian President Volodymyr Zelensky announced he is seeking to ban all religions with ties to Russia. He claims the move is needed to “guarantee spiritual independence to Ukraine.” This law will target millions of Ukrainians who identify as Russian Orthodox.

The Ukrainian leader said it was necessary to purge the church to preserve the country’s spiritual independence. Adding, “We will never allow anyone to build an empire inside the Ukrainian soul.” Zelensky denounced Ukrainians continuing to attend the parishes as failing to overcome “the temptation of evil.”

He claimed a series of recent raids by Kiev’s intelligence found orthodox churches which remain connected with the Moscow Patriarchate have been acting as operatives for the Kremlin. In his address, Zelensky instructed his security forces to further target Russian Orthodox parishes.

At least two-thirds of Ukrainians identify as Eastern Orthodox Christians. At one point, the majority of Ukrainians attended parishes that followed the Moscow Patriarchate.

Some recent polls say that number has dwindled to under 15%. However, the polling was only conducted in territory that was controlled by Ukrainian forces. Zelensky has vowed to return those regions to Kiev’s authority.

Dmitry Medvedev, deputy chairman of the Russian Security Council, responded by slamming Zelensky’s move as authoritarian. “The current Ukrainian authorities have openly become enemies of Christ and the Orthodox faith,” he said.