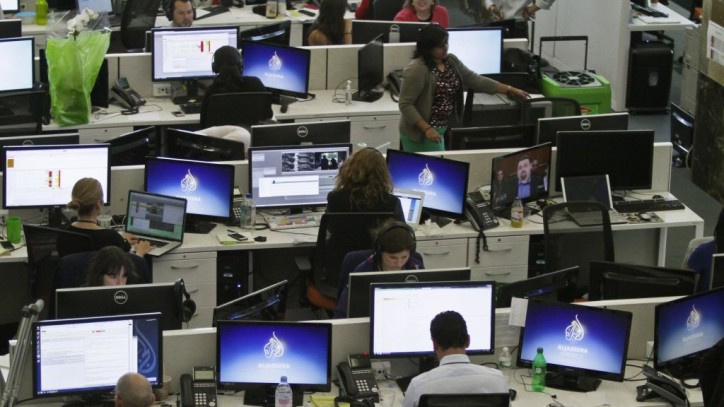 Private Egyptian TV channel Al Tahrir at the weekend aired an amateur-quality video of the arrest in a Cairo hotel room of two journalists with the Qatari channel Al-Jazeera on the 29th of December. Qatar is a main power center of the Muslim Brotherhood in the Middle East.

EuroNews With dramatic music added, the video shows the foreign channel’s head of the Cairo bureau, the Canadian-Egyptian Mohamed Fahmy and Australian journalist Peter Greste — who asks for an interpreter.

Security officers are heard questioning the pair, but they are not shown. The journalists say they don’t have the accreditation to work in Egypt, but have applied for it. Equipment is filmed in the hotel room that Fahmy says is serving as temporary work-space until an office can be found. Then the two are taken away in a police van.

Al-Jazeera has denounced the broadcast of the video and said the journalists were working openly, and that their not having press accreditation was no grounds for arrest and being jailed. The company asked that they be released.

The police closed Al-Jazeera’s Cairo office after the removal as president of Mohamed Mursi on 3 July. Work space was improvised in the Marriott Hotel, and some Egyptian media referred to this as ‘the Marriott cell’.

The state prosecutor’s office last week said 20 or the channel’s journalists would be tried, 16 of them on charges of belonging to a terrorist organisation, and four foreigners on charges of creating a false impression of a civil war in Egypt. Al-Jazeera denies the charges. 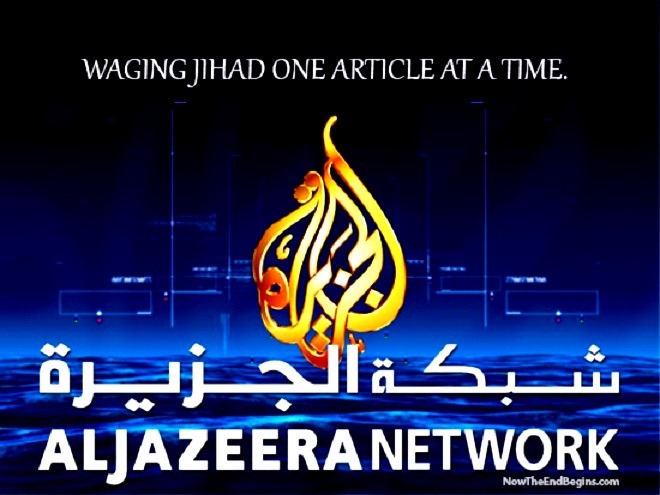 Sherif Mansour, with the Committee for the Protection of Journalists in the Middle East and North Africa said the move under the new military authorities is unprecedented:

“We have never seen a TV network with local and international operatives — a total of 20 — accused of terrorism-related charges. Those who work with Al-Jazeera might have their biases and of course being a journalist would involve having an opinion, but that doesn’t mean that they get to go to jail because of it.”

Hey, Egypt, you missed this one!

Egypt accuses Al-Jazeera of carrying out Qatari policies to support the banned Islamist Muslim Brotherhood, the repression of which over seven months has seen more than one thousand people killed.