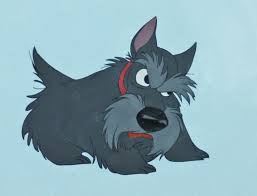 As BNI readers know, most Muslims virulently hate dogs. A senior Malaysian cleric has today issued a fatwa on Jock the Scottie dog, whose refusal to cooperate with the Islamic nation’s team during the Commonwealth Games Opening Ceremony sent shock waves through the Islamic world.

LibertyGB The Malaysian government’s earlier condemnation of the use of dogs (considered ‘unclean’) to represent Muslim countries turned to anger during the ceremony when Jock sat down, refused to walk with the Malaysian team he was supposed to be representing and – watched by millions of TV viewers worldwide – had to be carried around Celtic Park, Glasgow. 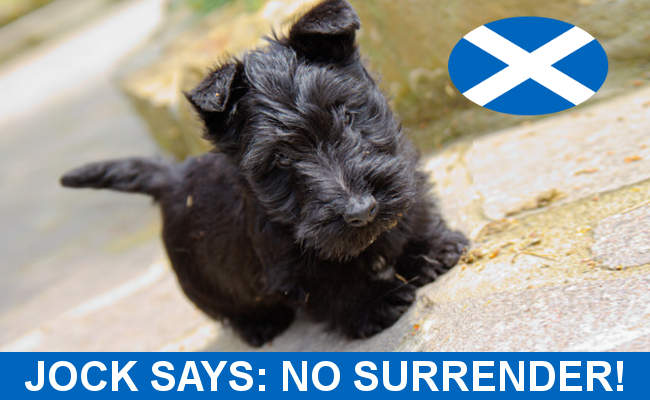 In reaction to the outrage, rioting spread last night through the Malaysian capital Kuala Lumpur, where crowds of masked Muslim youths could be seen smashing pet shop windows, burning canine effigies and wielding placards proclaiming, “Jock burn in Hell!”, “Death to Terriers!” and “Behead those who bark at Islam!”

In Britain, Scottie dogs living in Muslim areas have been put under curfew, and – in an unprecedented move – Prime Minister David Cameron has pledged to push through ‘hate-bark’ legislation to make yapping or growling at Muslims or peeing in mosque doorways criminal offences, punishable by up to ten years in kennels or being put to sleep.

At his home in Glasgow’s East End this evening a defiant Jock prepared for walkies, flanked by his bodyguard of two Rottweilers and a Doberman. Asked by reporters if he feared being attacked by extremists Jock wagged his tail and growled, “Islami-scum? Nah, ah hate the bastards mair than tabbies. I’ll gie ‘em a skelp, nae bother!”.

Backing up Jock’s protest, the Terrier Defence League is planning a major demonstration at the Malaysian Consulate this Saturday. The TDL has received pledges of support from the Poodle, Labrador and German Shepherd communities and is expecting a bigger turnout than Crufts.